Morten asked us to make some changes based on the current design:

2) I would like the blue to be a deeper, darker metallic blue. 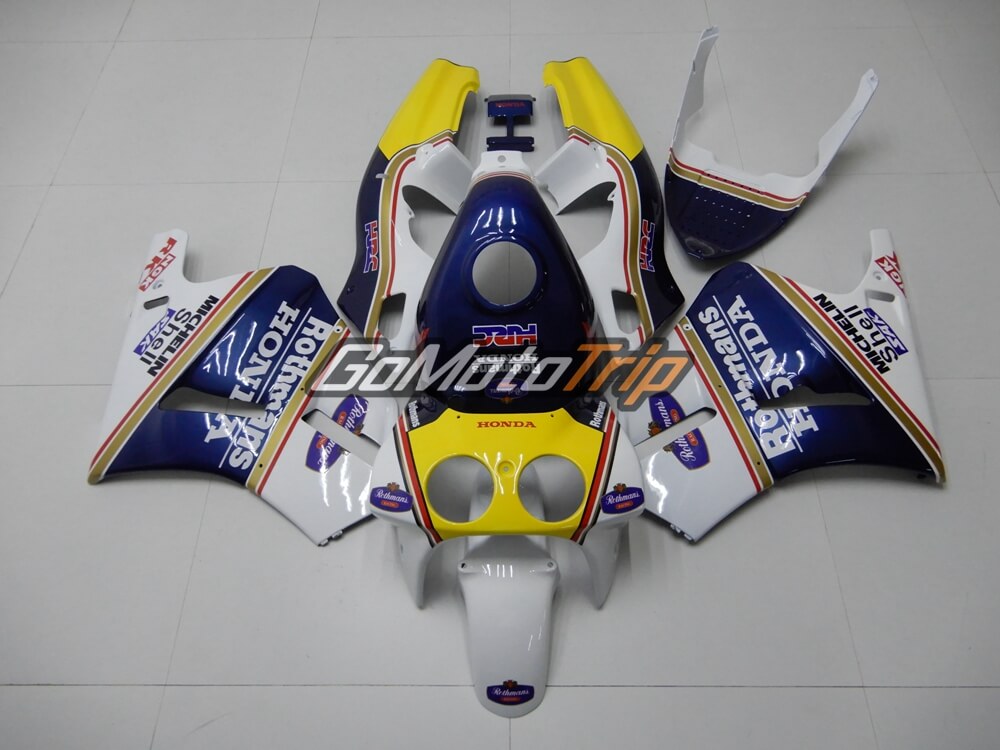 Morten have finished installing the fairing and in general it is really nice. As promised he return with some photos and in-depth feedback (we will update it shortly below this section) on this NC30 aftermarket fairing.

I have finished installing the fairing and in general, it is really nice. As promised I return with some photos and in-depth feedback on your product.

There are a few problems I’ll try to show you, for you to improve your production and make your product even better. Some of the problems I’ll point out you might already be aware of, other might be more challenging for you to uncover unless you actually have the experience of fitting an aftermarket fairing on the specific motorcycle model – in this case the Honda NC30.

Please keep in mind, despite the (positive) criticism, that I’m far from a dissatisfied customer! I still think you have world-class customer service and packaging, and I’m generally very satisfied with your product, but I also see room for improvement.

In this mail, just for completion, I’ve included the problems already mentioned in previous emails, which you have already responded to.

In general, the paint application quality is varying. Your strong points across the board are the colors – as mentioned earlier they are deep, rich and vivid; very, very good. The rear panels have very good and vivid colors but have also areas with a too-thin (see-through) paint layer, but the clear coat is excellent with a rich smooth finish. The tank cover has very good colors and paints too, but the weak point here is the clear coat: The left side of the tank cover appears to have some clear coat, the right side appears to have very little if any clear coat. The surface seems rippled, unsmooth and unfortunately also with a few errors: A spec of sand / dust / impurity has gotten into the paint or top coat and does not have the same top coat brilliance as the rear panels for example. and also a little chip in the lower right side). I’d say that your top layer / clear coat need some improvement to reach the level of your colors application and decals.

As already mentioned, in general, your fairing parts had a really nice fit, and honestly much better than I expected from a compression molded, fittings hand-glued, pre-drilled fairing kit. Well done! I had to make minor cuts in 4 places total, and only very minor modifications. I’d like to point out that the tank cover has an excellent and very snug fit. There is NO air space in there. Really impressive fit! Nose cone fitted almost perfect too.

(Already mentioned and covered) On both rear sections, in the area where the panels join behind the seat, the white paint is so thin that it doesn’t even cover the base coat – you can clearly see the base coat through the top layer.

(Already mentioned and covered) The “Rothmans” text decal on left side lower fairing didn’t come out satisfactory. The text has come off the fairing in a couple of spots and has subsequently been clear coated on top without being properly attached / corrected first. Additionally, the text decal is slightly skewed (but not much) and has numerous air bubbles trapped under it.

(Already mentioned and covered) All Rothmans logos (placed on both upper side fairings, nose, and front mudguard) are of a disappointing low print quality: Very obvious horizontal lines from printing. Text and field lines are fuzzy/blurry/cloudy/hazy and all-white text has a pink tint to it. I want to mention that all other decals are the good quality by any standard: Sharp, crisp lines and with very good colors and color saturation – did something go wrong with the Rothmans Logos?

(Already mentioned and covered) The small rear connection piece between the tail lights is deformed and bend out of shape.

Second modification: The assembly behind the seat didn’t have a good fit. I removed approximately 1,5mm of material from each side of rear panel, to get the parts to fit nicely together, and I had to modify/recut the hole for the around the passenger seat lock. I’ll smooth the edges out and touch up with paint at a later time.

The fixture for the bracket doesn’t exist on your corresponding fairing part. Missing this fixture for mounting the bracket means that the tail lights can’t be properly secured. See movie clip 2581.

Movie clip 2581 shows how the taillights are not properly secured in the tail section. See photo 2580 for the original part and the fixtures for securing the bracket.

Photo 2588 shows the ‘good’ side; you’ll probably be able to see the ripples and unsmooth surface.

Photo 2589 is a reference photo of another motorcycle – it’s parked in the same spot, in the same light and the same reflection; and in my opinion, it’s the quality I think you should strive to achieve.

Photo 2591 shows the impurity / speck of dust or sand stuck in the paint.

Appreciate such in-depth review from Morten!

What GoMotoTrip would do is to do the best customer service to balance such disadvantage of compression mold, like provided the FREE replacement in some situation like you’re in. Even you didn’t mention the fairing review post, we will do what we should do.

So what we’ve addressed is that the replacement of the below lower side fairing will be made + the correct version of Rothman decals. You don’t have to pay for the shipping cost as well. We should be paying this careless at our own.

How Long Will It Take To Deliver?

To estimate, it takes at least 3 weeks for you to have the package when you placed the order (payment completed) on our website.

For your info: estimated fairing delivery during COVID-19 time.

This fairing will be shipped directly from China where we’re located.

The free shipping offer is included BUT this way will be delayed for a period of time due to the pandemic coronavirus.

During this hard time, if pay extra for shipping, our shipping agent could find a way to ship your package immediately when fairing is completed from our production line.

If your order arrives and it is not right, doesn’t fit or just not happy with it? We will fix it, NO NONSENSE, we promise.

Within 7 business days of delivery receipt of your item, you can return at your cost any new, unused and unaltered items back to China.

We will issue a FULL refund to your original payment method. See our full Return Policy for all of the pertinent details.

Have Questions? You can find most of the answers here:

Will I have to pay duty on my fairing kit when it arrives?

Yes, our price is not included any tax and you have to pay the import tax fee when your fairing package arrived.

Depends on the rule of your country, normally the USA is non-tax needed. Most of the country is setting the charge-tax-line on how much value your package is. In our experience, we only declare USD$100 on your fairing package, somehow it could help you to reduce duty cost, for the exact tax rate, please do double check with your local customs.

When will I receive my order?

From the date when you place the fairing order, it’s as scheduled:

How could I reduce local taxes?

Not sure if this is workable for you, it’s still worth a try anyway as we’ve been doing this for some riders:

⇒ US$100 (this smaller value will be declared as the value of your fairing package, and a specific invoice will be made and sent to you as well, in case the customs are asking for it)

This sounds a little bit crazy,  but it did works and it’s going to save your budget :-)

How do I place order on GoMotoTrip.com once I have fairing in my shopping cart?

⇒3. Click “PROCEED TO CHECKOUT” button. (Some country are not listed on the system, so please contact us for exact cost)

⇒4. Fill in “Billing details & Ship to a different address?”

⇒5. Select payment method and check the “I have read and agree to the website terms and conditions *”

All done, what’s next?

⇒You will receive the email notification once it’s done.

How can I tell if my order has shipped?

You will receive an email including a tracking number from us.

⇒ it’s has the tracking number inside and you could live track it on www.17track.net/en

Just enter the given order tracking number in the appropriate fields. It’s that easy!

Is it possible to make my customized fairing?

YES, as long as you provide us the high solution pictures & in-depth instructions.

We’ll work with you to get it made. We have in-house experienced artists and designers to make your paint scheme dreams come true!

Can I add custom stickers?

Yes. Please tell us where you want to add or replace it. For example, your race number, your name and etc…

Do you send me the paint color code used to paint my fairing kit?

In GoMotoTrip, any fairing marked as injection molded does have the OEM fitment. 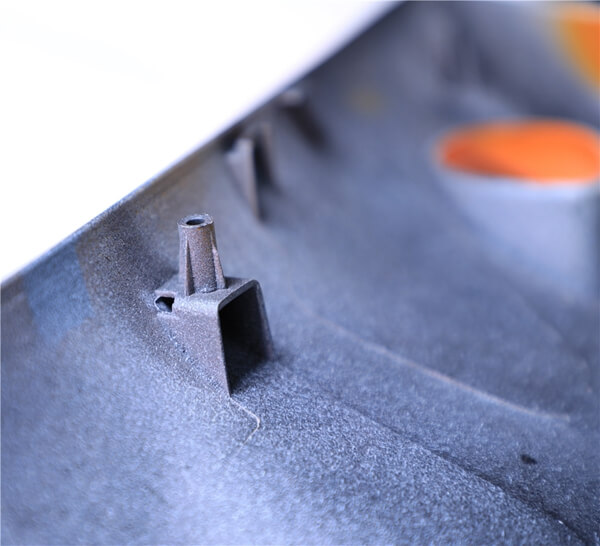 Only for some vintage sportbike, GoMotoTrip has no injection mold but just compression molding for them, as it plays a good role in creating old model fairing.

Will my fairing arrive well?

It’s been decades that GoMotoTrip ship fairing worldwide, we in person have seen what happens to our boxes when they go overseas.

Therefore we wrap them all in the protection of foam and sponge material (Clean, non-abrasive, lightweight and waterproof): 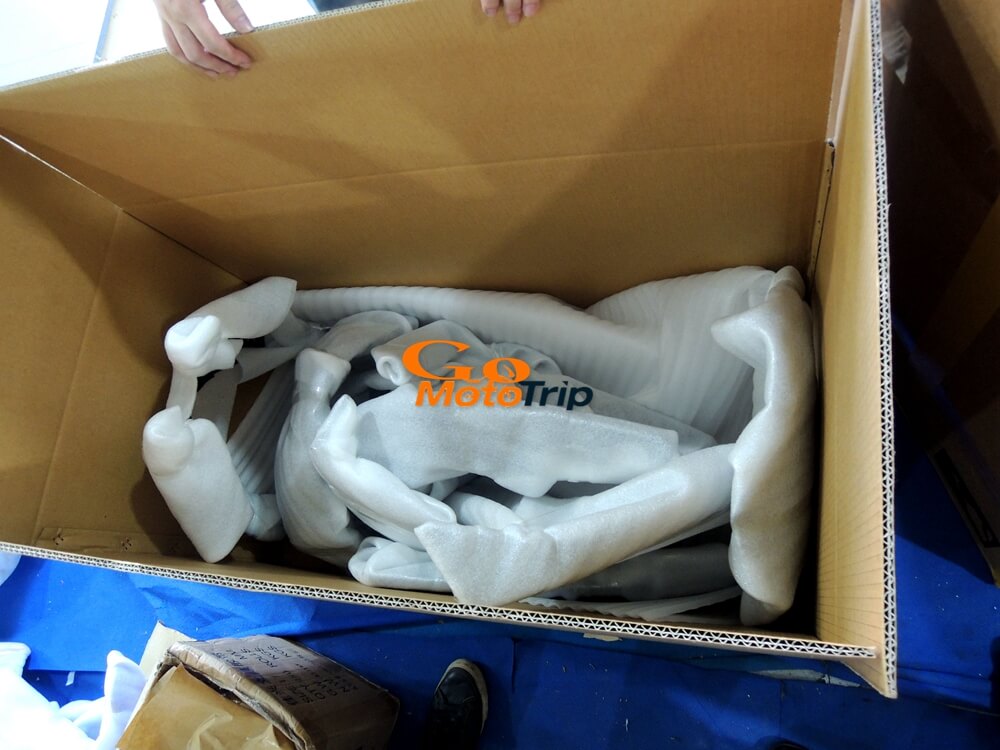 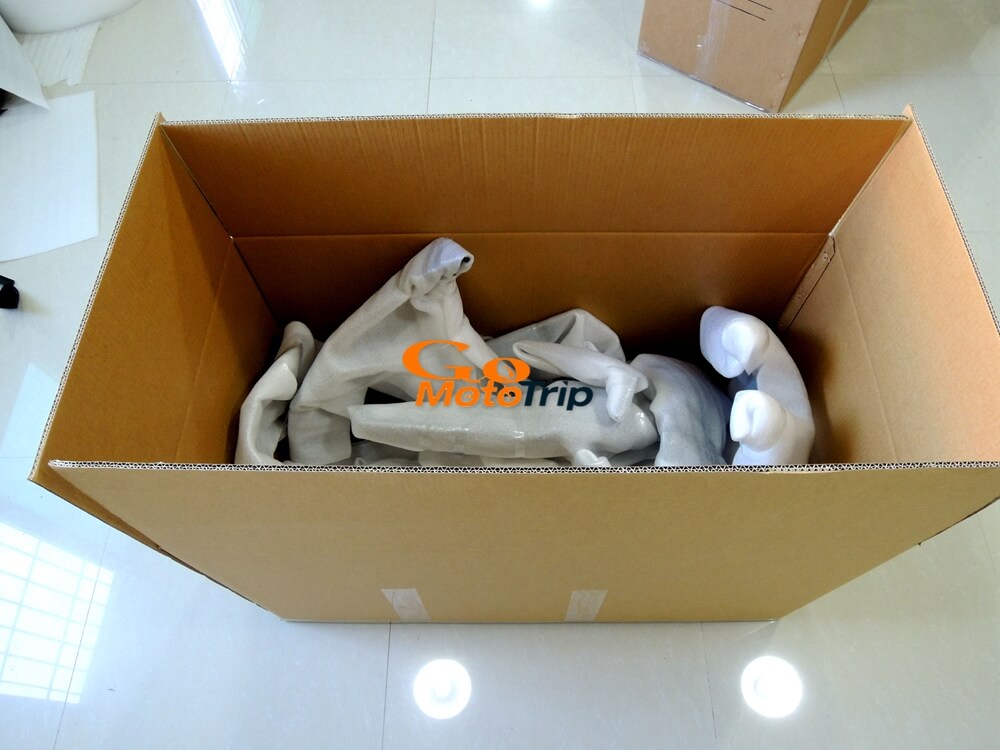 No answers? Please drop your concern via below contact form.

We will know you’re asking about this specific fairing design here.

Let us know what you think...

What others are saying

Continue as a Guest

Continue as a Guest